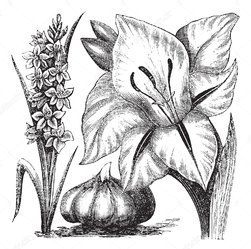 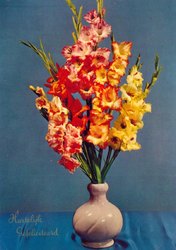 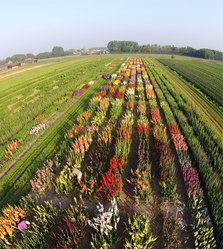 The botanical genus Gladiolus contains 276 species, most of which are native to sub-Saharan Africa. About 10 species are native to Eurasia. Gladioli were introduced in Europe in the early 18th century and have been extensively hybridized since then. The Dutch have played a significant part in this process. On their voyages to the East Indies they set up a colony at the Cape of Good Hope in South-Africa in 1652 and from here the first gladioli bulbs were shipped to Europe. Hybridization of gladiolus started in the Netherlands, by crossing between five or six different species, followed by selection. Today nearly 70.000 varieties of gladiolus exist around the world. Because of its impressive ornamental features and wide variety of colours, gladioli are very popular cut flowers. Gladioli are sometimes called sword lilies. Gladiolus is the Latin diminutive of gladius, meaning sword, which obviously refers to the shape of the foliage. 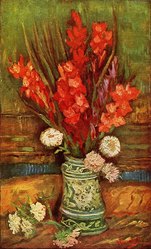 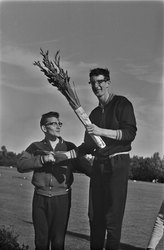 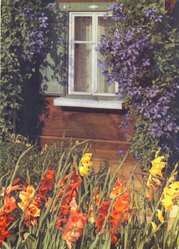 In the last quarter of the 19th century Dutch horticulture farms started commercial cultivation of gladioli, mainly late-flowering grandiflora hybrids. Soon these gladioli flowers and bulbs were exported to all continents. The popularity of gladiolus as a cut flower, displayed in vases and flower arrangements, is illustrated by a series of paintings by Vincent van Gogh (1886). Late 19th century city dwellers that possessed a garden also started growing gladioli. The bulbs were commonly planted at the back of the garden, so that the gladioli would create a colourful backdrop to the flowerbed. Because of their towering blooms, reaching toward the heavens, gladioli also started to appear in (large) funeral flower arrangements. In the first two decades after the second world war commercial gladiolus cultivation in the Netherlands boomed; gladioli bulbs and flowers became an important export commodity. Photographic collections show that gladioli in these post-war years were frequently used to honour cycling, swimming and athletics champions during award ceremonies. Gladioli flowers were also extensively used in the annual flower parades (“bloemencorso’s”) of Rijnsburg and Aalsmeer. At the 1960 Floriade horticultural exhibition in Rotterdam a separate gladiolus exhibition was held to honour this very successful cut flower. In the mid 1970s gladioli became a bit old-fashioned and since then their popularity on the Dutch home market has been on the wane. Sporting champions no longer are presented with gladioli during award ceremonies – instead they get mixed bouquets – and in modern Dutch gardens you rarely see gladioli.

Given this waning popularity of gladioli it is quite remarkable that in the late 1970s a new expression containing the word gladioli popped up. This well-known expression, often used in connection with competitive events and sports, is de dood of de gladiolen (“death or gladioli”). The expression obviously refers to Roman history. When a Roman gladiator (swordsman) entered the arena there were only two possible outcomes: being killed by his opponent (death) or kill his opponent and being praised and showered with (gladioli) flowers. The Dutch expression therefore literally means: a matter of life and death, to live or die. In a broader sense “death or gladioli” means: all or nothing at all. Dutch road bicycle racer Gerrie Knetemann (1951-2004), who won the 1978 world championship, is said to be the inventor of this expression. Louis van Gaal, the Dutch football trainer of Manchester United, was responsible for introducing the expression into the English language (2015). 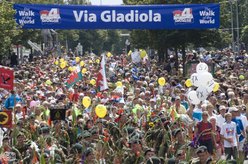 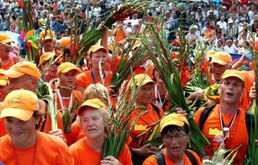 Because of its strong connection with sports, gladiolus has become a symbol of strength and victory. This symbolic significance is each year underlined in a mid-July ritual at the finish of the International Four Day Marches in Nijmegen. The participants of this largest (civilian and military) marching event in the world, held since 1909, are showered with gladioli when they are nearing the finish. The street towards the finish is called the Via Gladiola.